How to spend a day trip in Penang?

I decided to explore Penang over the weekend from Singapore. I had 3 days and 2 nights for the trip but spent 1 FULL day to see the must-visit places Penang has to offer.

A day is actually enough to give you a taste of Penang’s unique culture, architecture and food. Known as “The Pearl of the Orient’’ is Malaysia’s most famous tourist’s destination. The island manages to embrace modernity while keeping its colonial traditions; due to its unspoiled heritage buildings. Penang’s capital, Georgetown, has become one of UNESCO World Cultural Heritage Site in 2008.

Arrived past 3 in the afternoon at Penang International Airport, a medium-sized airport with good connections to major cities in South East Asia. On our arrival was a safe transfer from Airport to Tanjung Bungah beach where our hotel is located, Four Points by Sheraton Penang. It was convenient, the safest & easiest transfer I could think of for about 80RM. You can take a cab as another option which is around 60-70RM (20Sgd/700Php), Uber which cost you cheaper than a cab and Rapid Bus the most economical but more longer travelling time.

Touchdown! Four Points by Sheraton Penang, click to read about my fabulous stay! Just how I Imagined it to be. Spent a few hours to rest and relish the place.

Left hotel past 6 pm for dinner in Gurney Drive, known as Persiaran Gurney, perhaps one of the most well-known places in Penang. A deluge of hawker delights that come alive at night time. 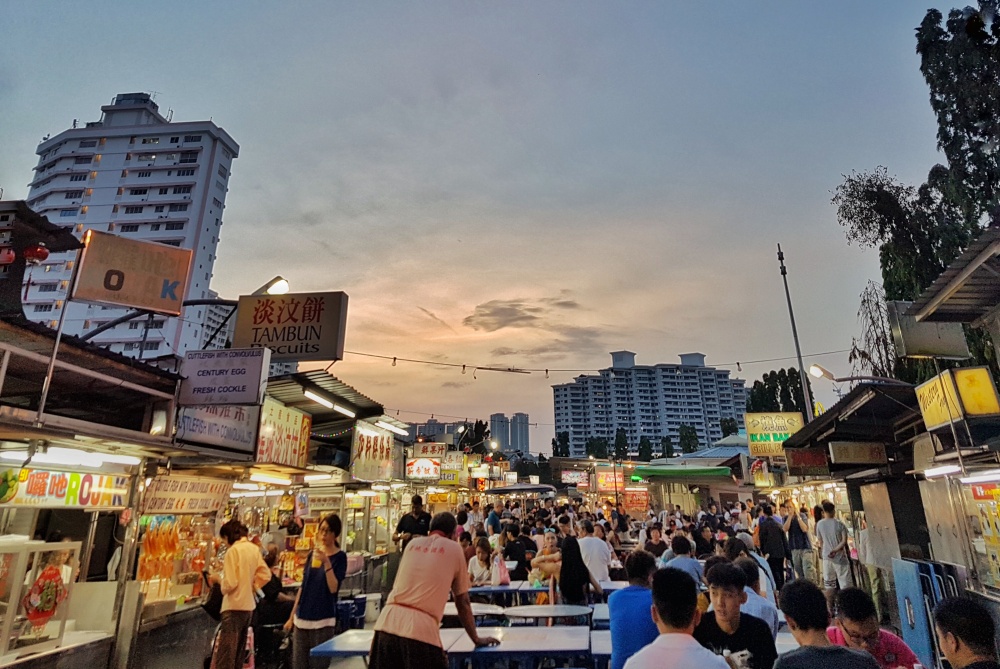 And that ends my day of arrival.

GOOD MORNING PENANG ISLAND!
Waking up to an awesome view like this? RISE AND SHINE! 🙂 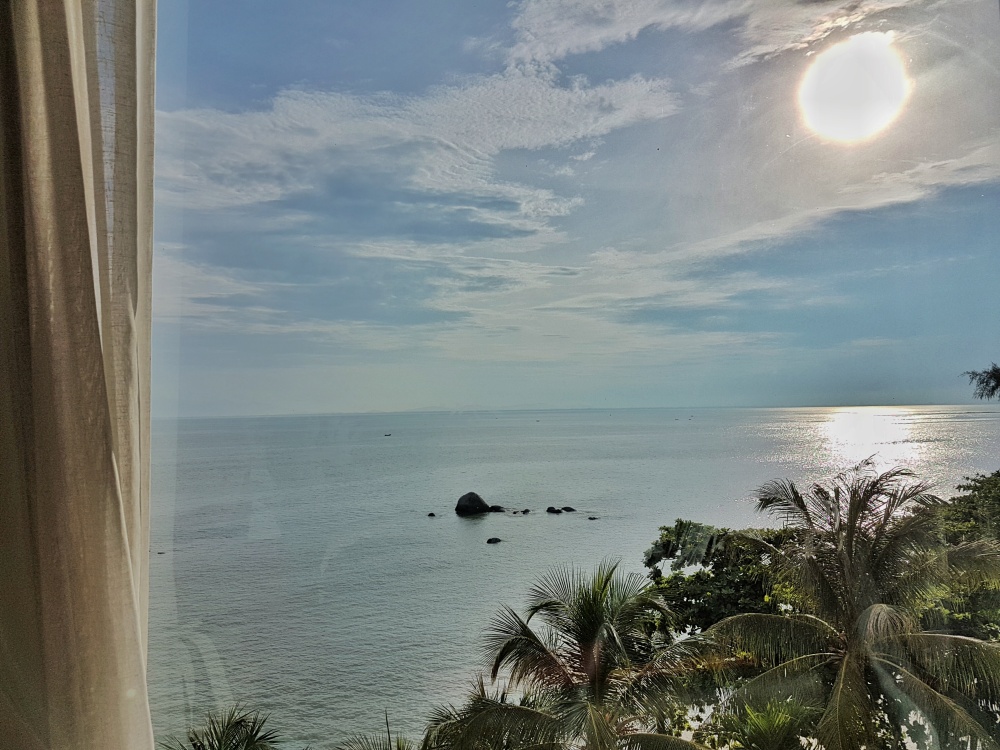 Too lazy to go out from the room to be honest.haha But thinking of the breakfast buffet with an awesome beach view, hmmm. Excites me though. Oink!

Started the full day journey at 9 in the morning with the Limo Service of the hotel. I recommend this only if you don’t have enough days to cover the must-see places of Penang and want to make it in 1 full day instead. Yes, It’s possible and I’m glad I did! 200RM for the first 4 hours and they charge you 50RM per hour if you wish to extend. From 9am to 6pm, cost me 450RM (150Sgd/5,000Php). It would be cheaper if you are with friends as they charged you per car not per person.

First stop:
Penang Botanic Gardens, a public park and is actually located nearby the hotel so we had a quick look. 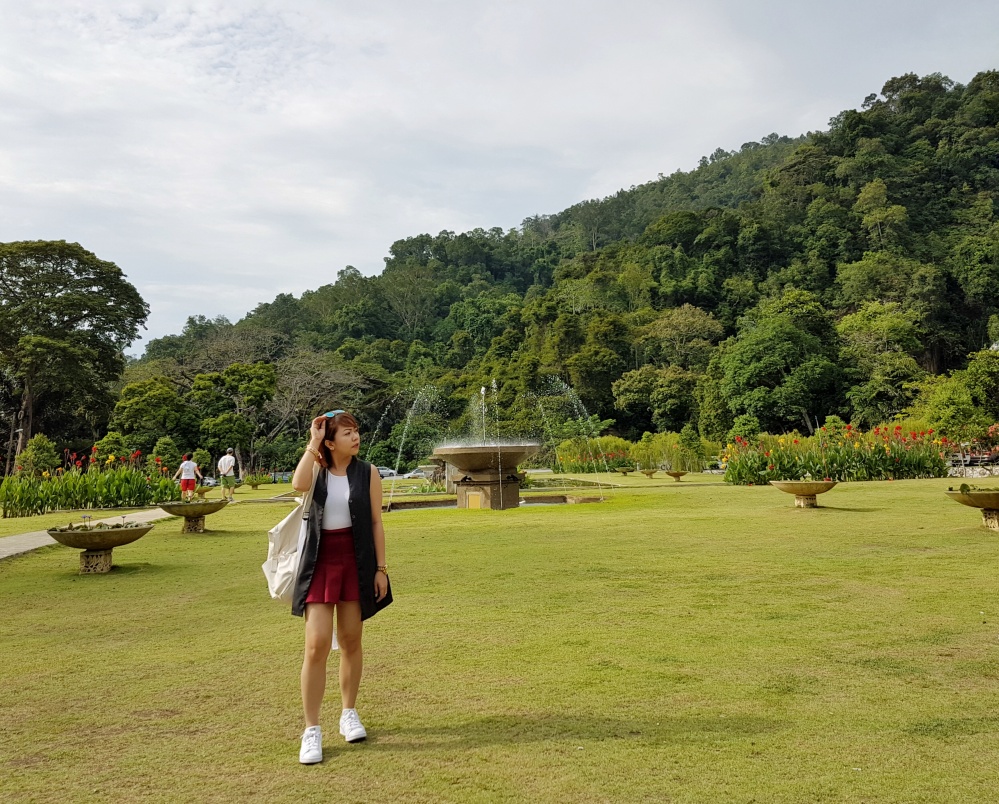 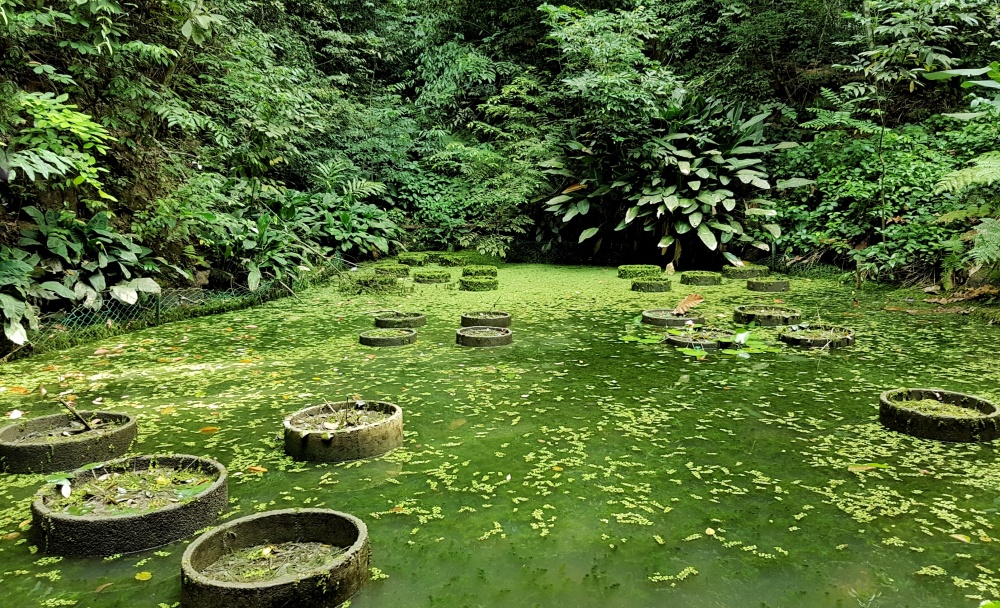 For me, visiting museum is a must when you’re traveling to new places.
Hence, next stop is a visit to Penang Time Tunnel, a new museum wherein you can unfold the rich history of Penang. I have no photos inside as there’s nothing much though but I took a lot of snaps inside their 3D art gallery instead. Who couldn’t resist for these cool art stuff? 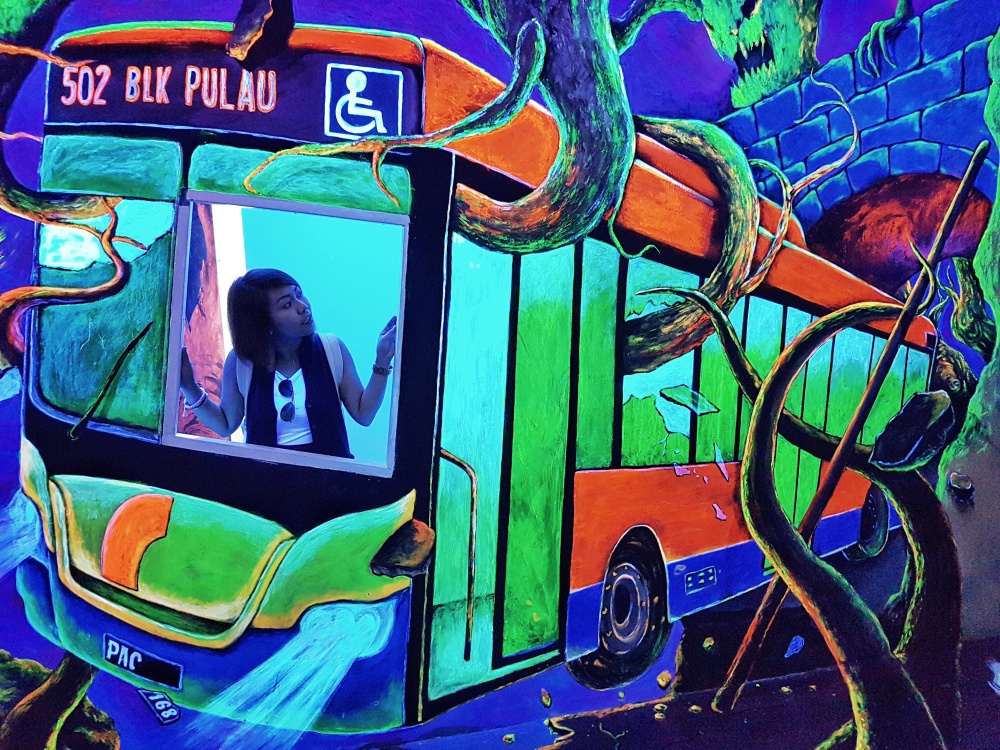 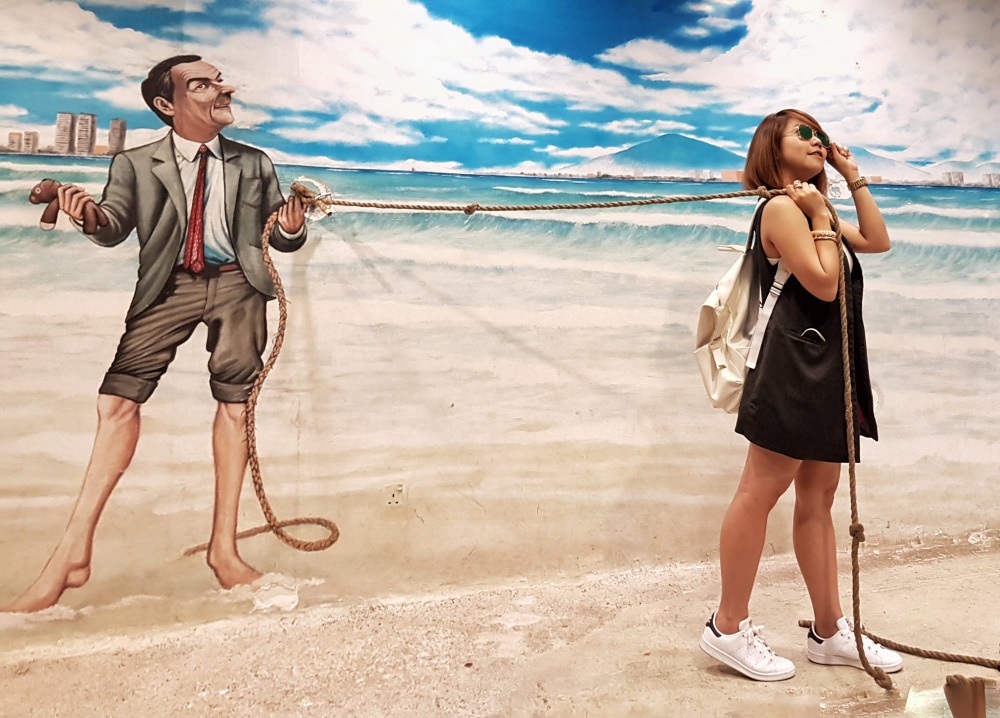 A Visit to the temples:
Wat Chaiyamangkalaram a Thai Buddhist Temple most notable for its Reclining Buddha statue. The statue is the 3rd largest of its kind, being 33 meters in length. In the main shrine in front of the Reclining Buddha there are smaller shrines of different Buddhas and popular Thai deities. 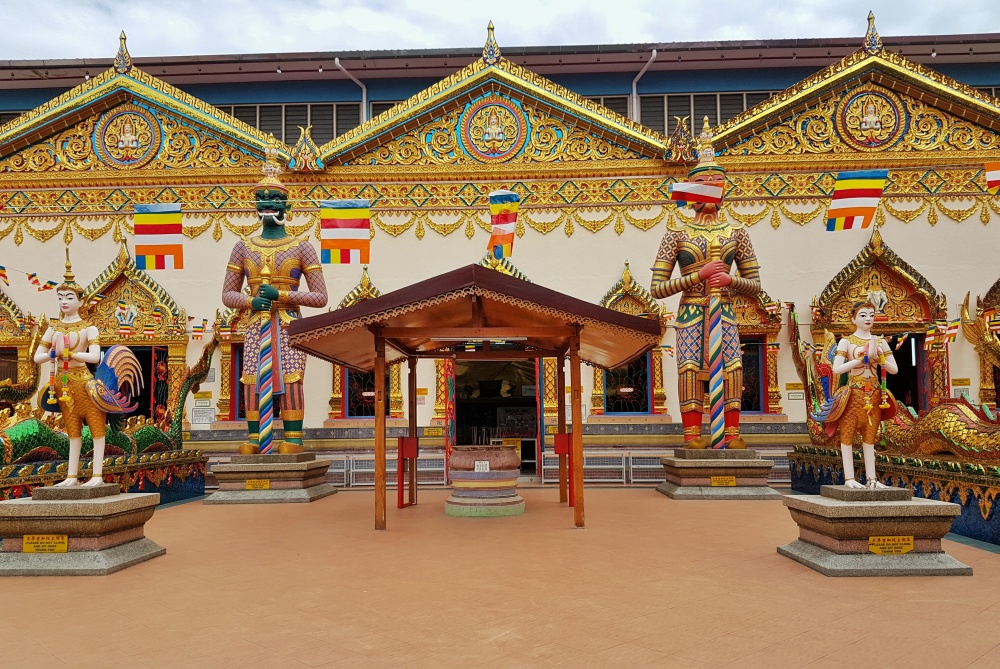 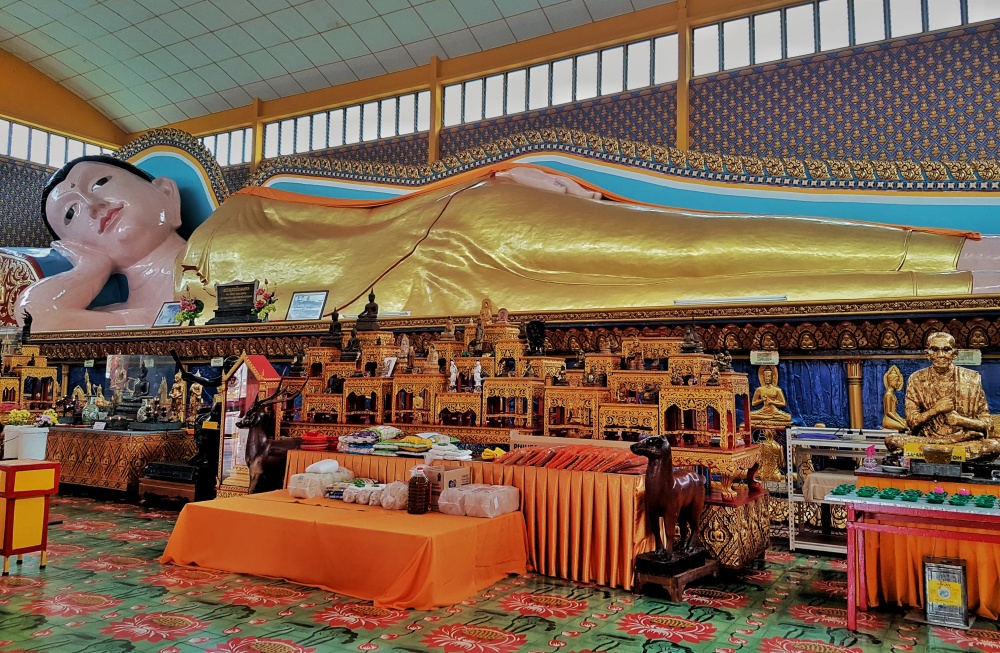 Directly across the road from Wat Chaiyamangkalaram you can see Dhammikarama Burmese Temple. The whole complex is beautiful and colorful, with quite intricate buildings including a newly finished pagoda at the rear of the complex. 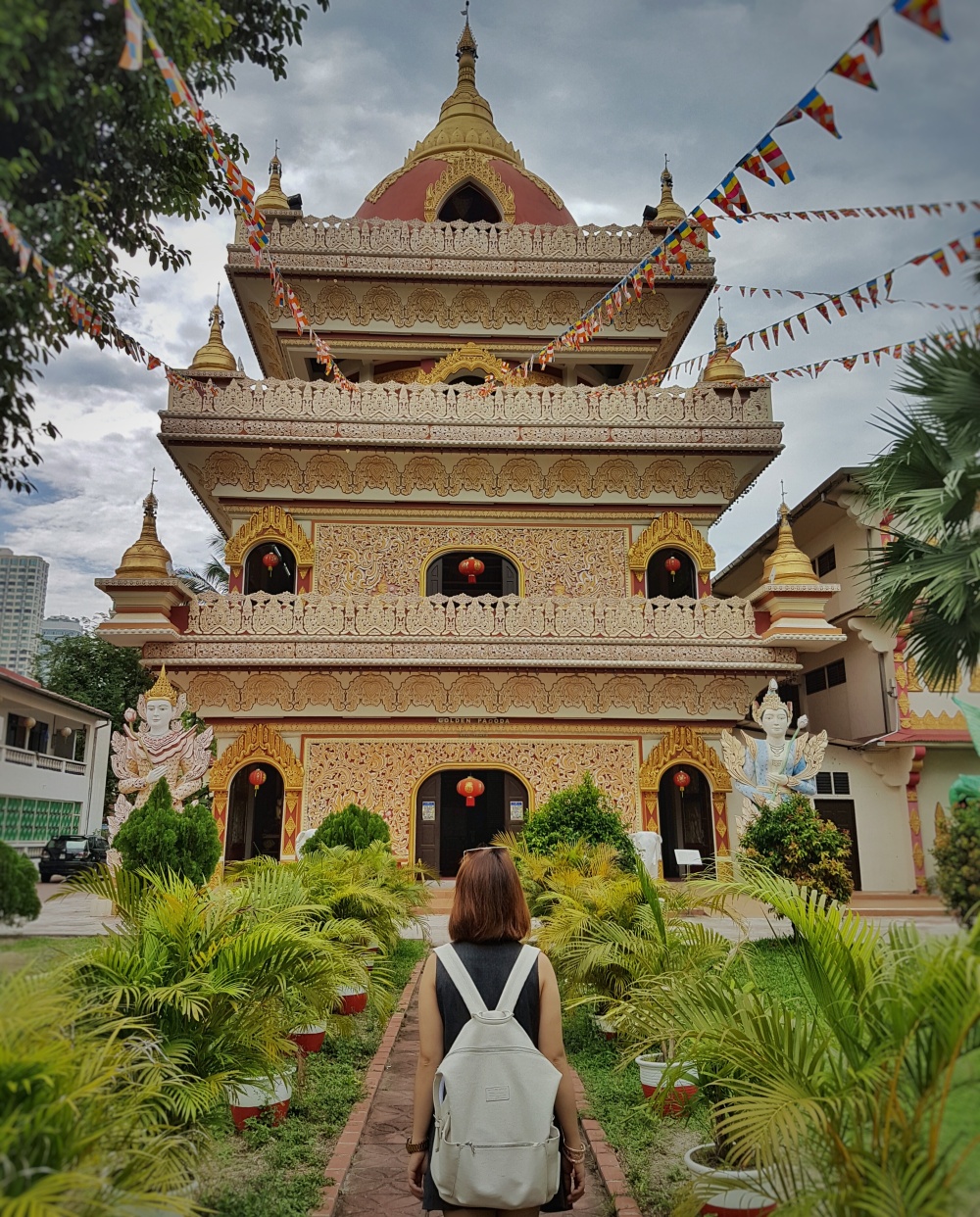 Oops! A perfect match for a very warm weather. 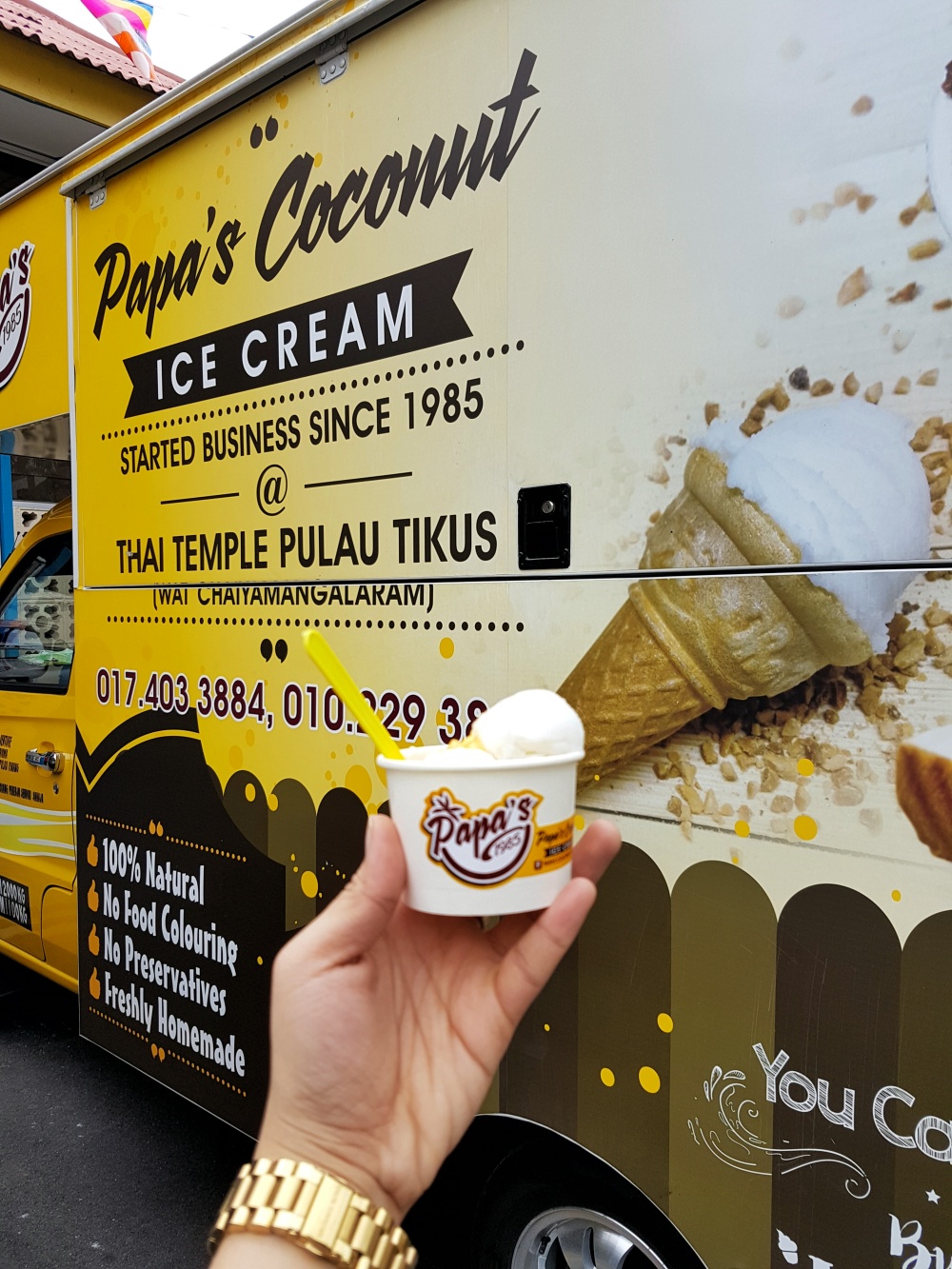 I never regret trying this out. It was mouthwatering! 🙂

Off to see next:

The Peranakan Mansion, the visit to this place provides a taste of what life was like for the wealthy Chinese community during Penang’s tin-rush heyday in the 19th century. 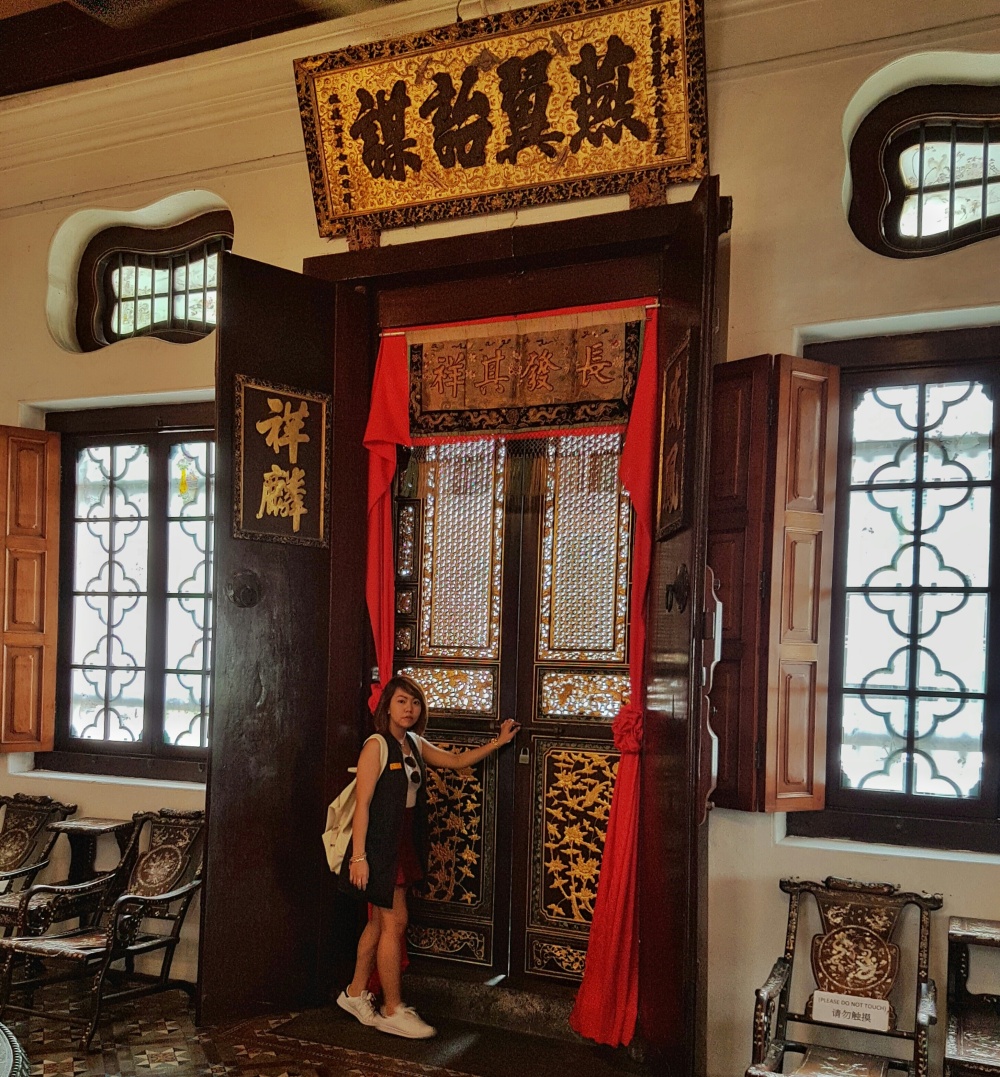 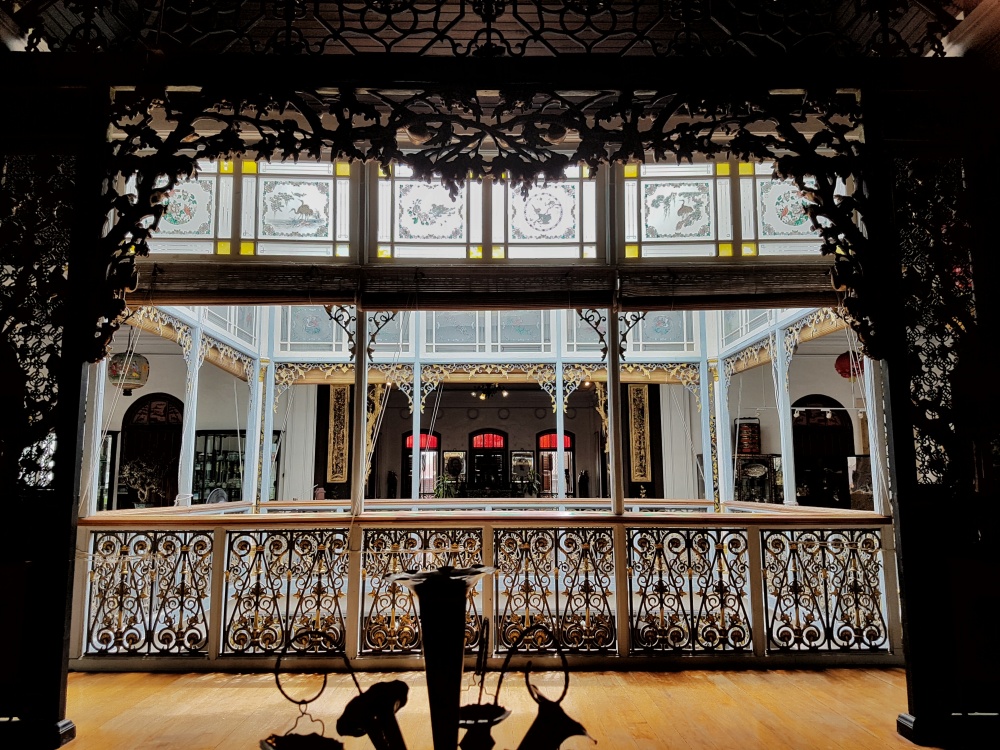 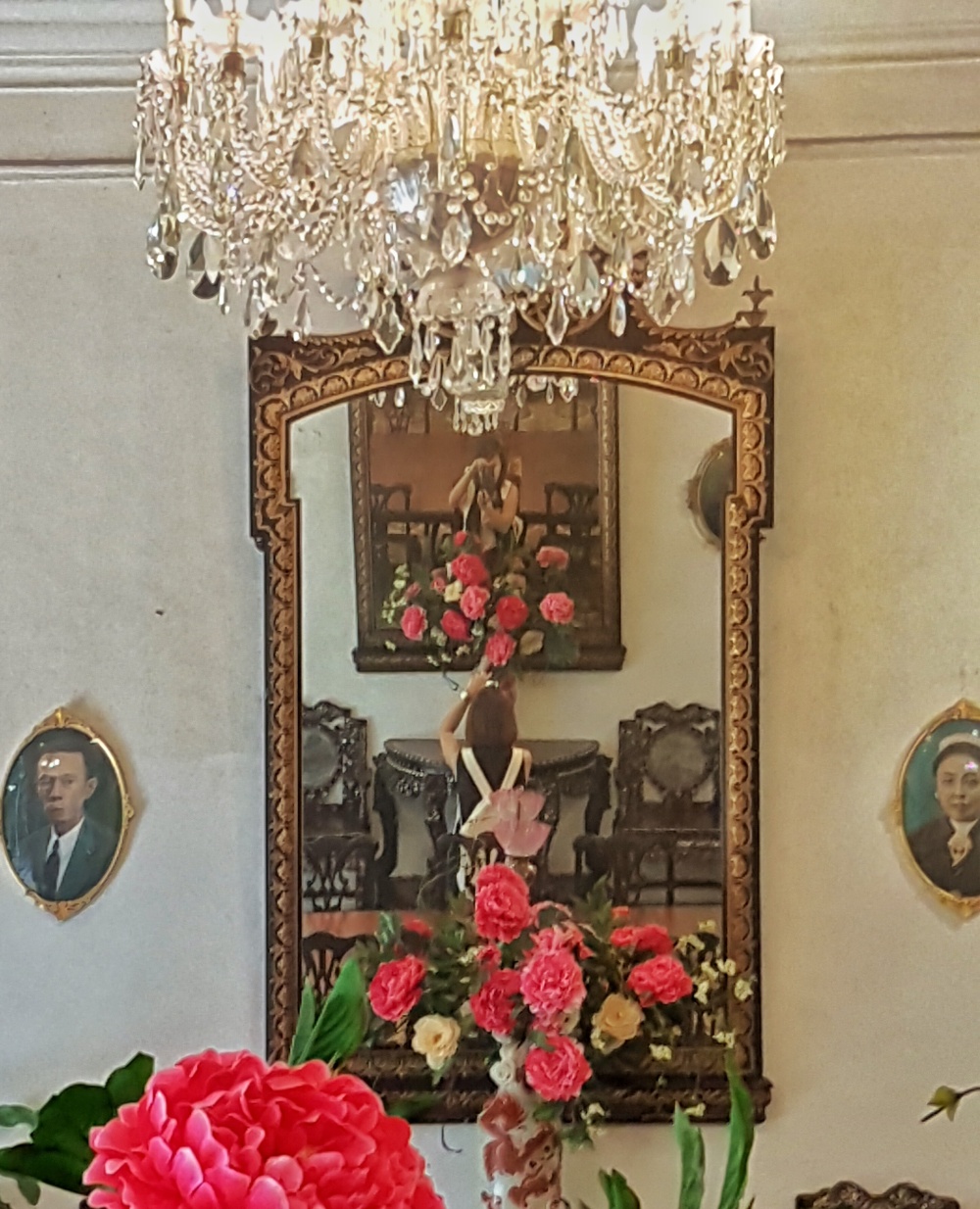 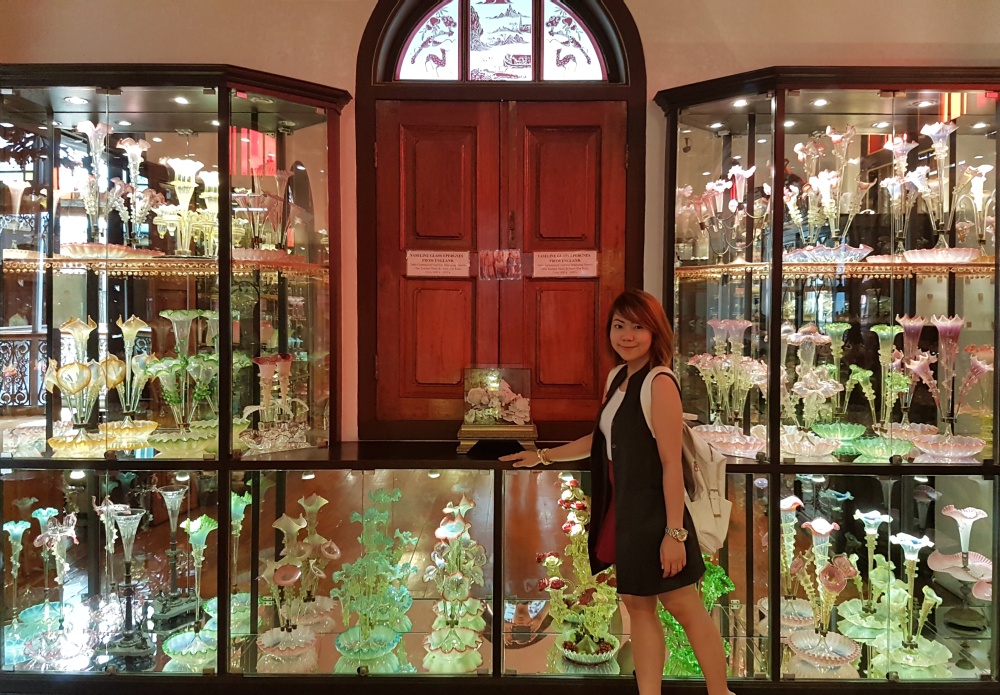 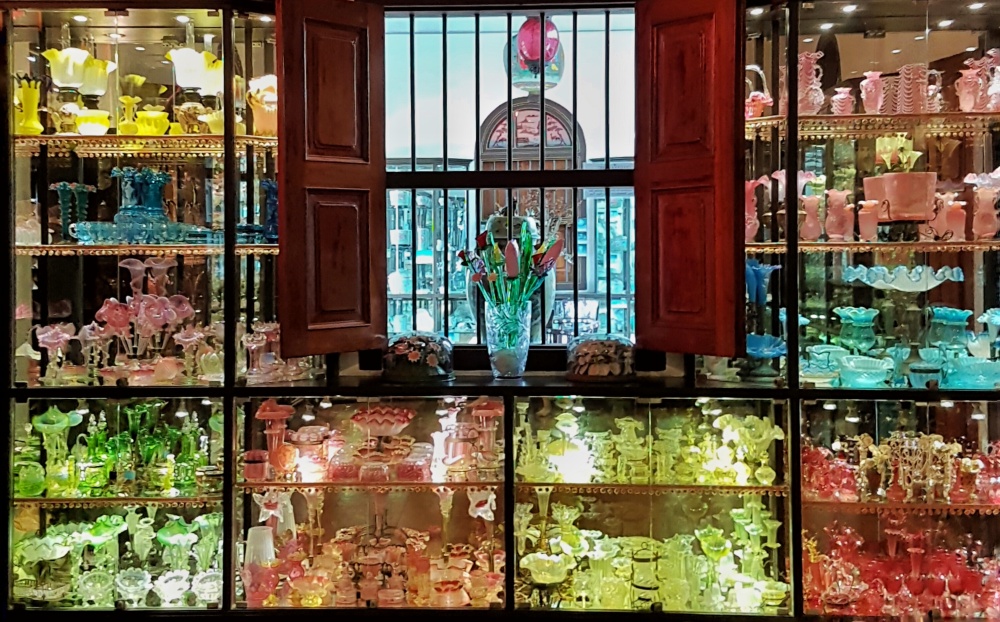 What makes the trip lovely was, Helen, the driver of the limo service of Four Points by Sheraton became our tour guide and a friend too. She’s very kind, and we felt so at home with her. She brought us to most of the places a tourist must see in Penang, If not for the Limo service then I guess, we only can visit Penang hill and George town. lol. Drove past Street of Harmony, Little India to Esplanade with the nearby Fort Cornwallis, City Hall and all those unspoiled colonial buildings around the city center. 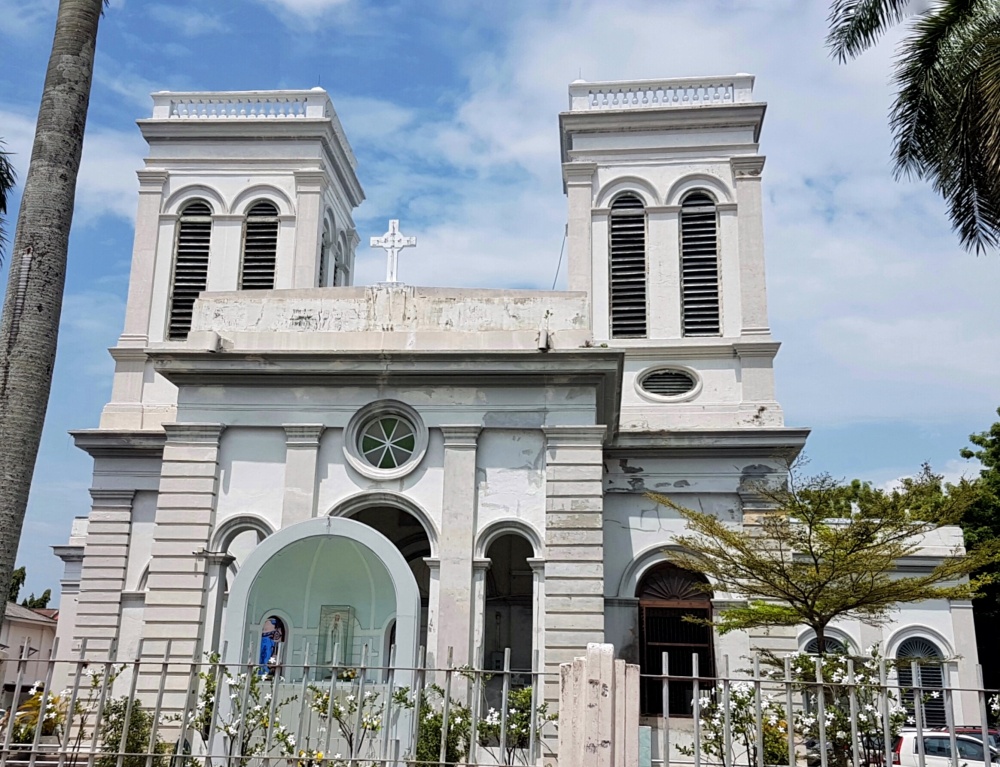 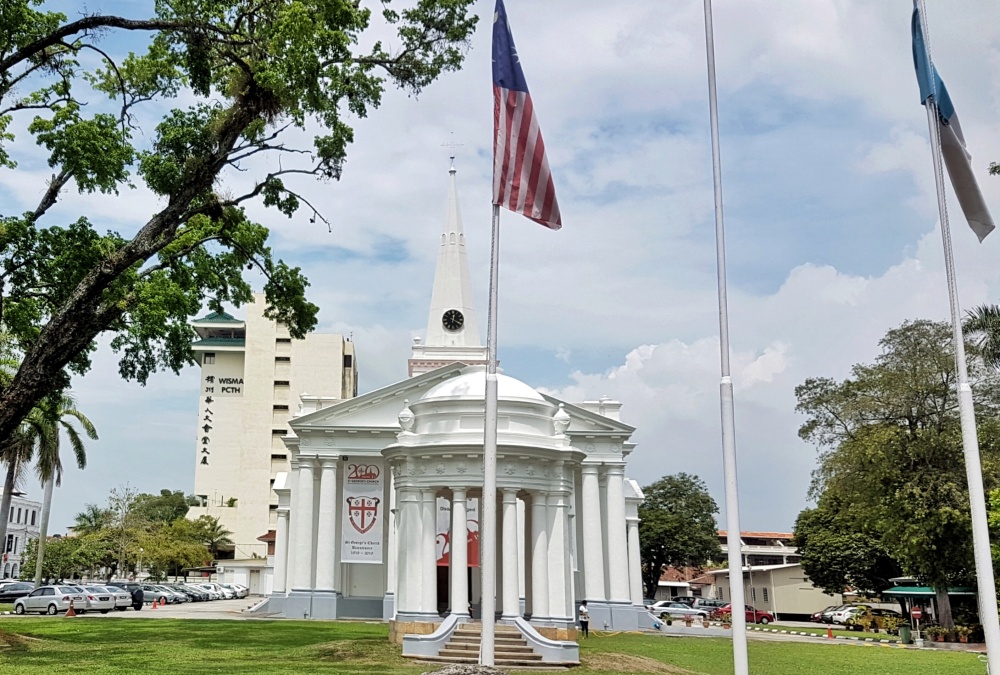 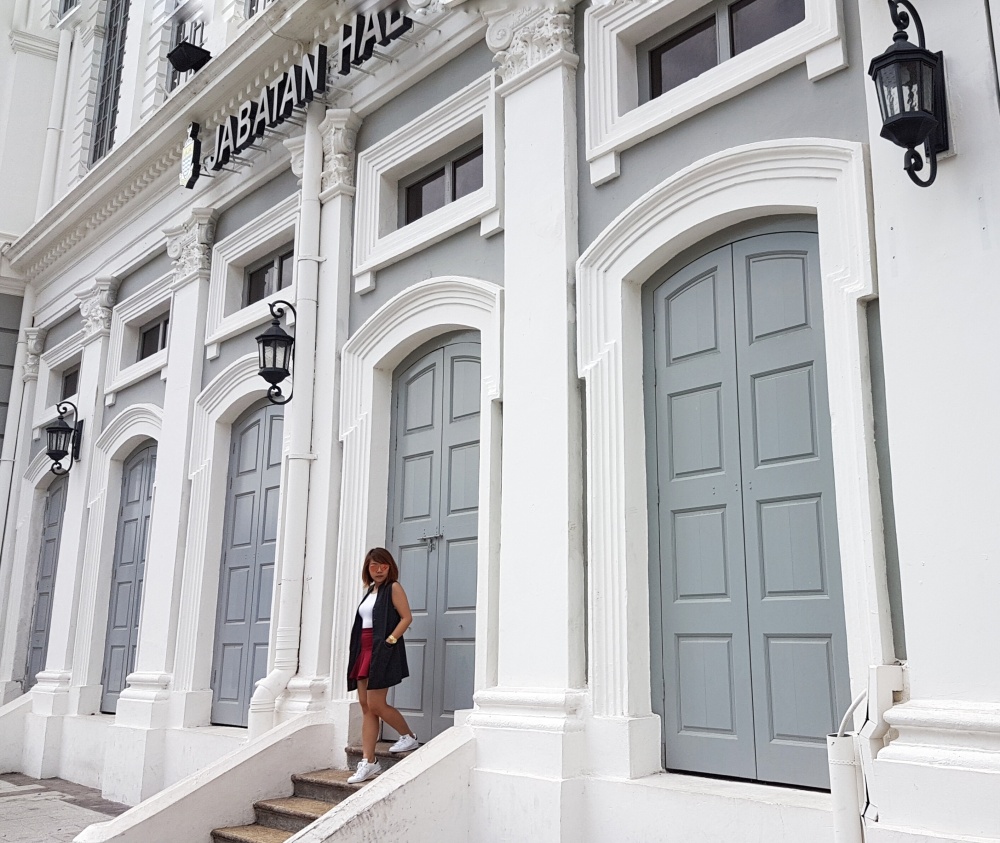 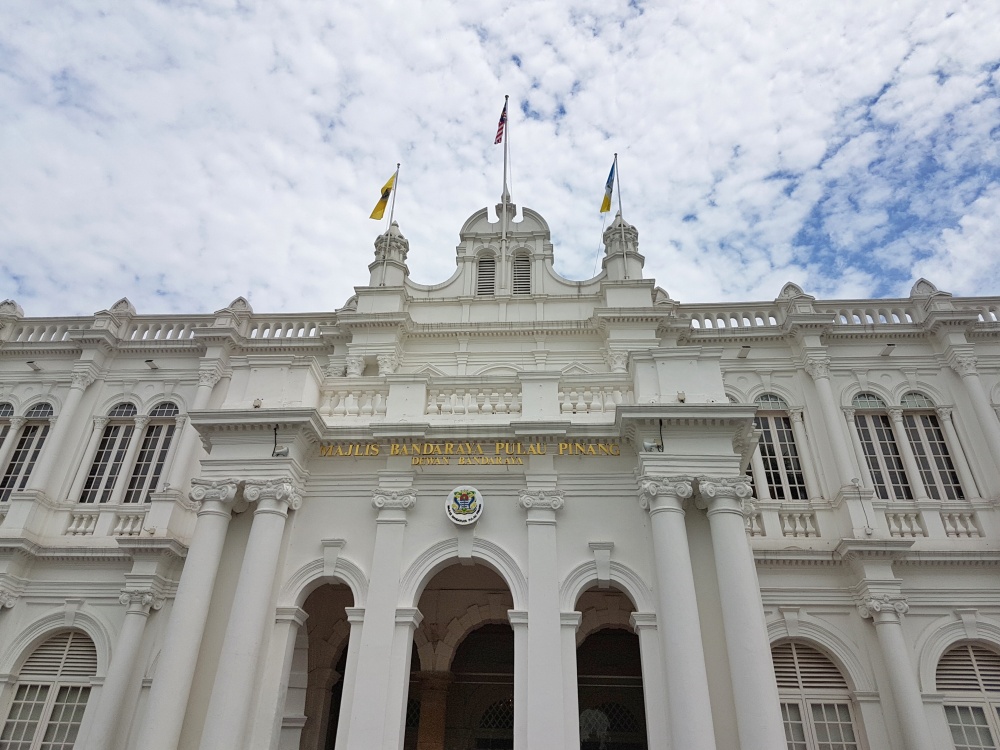 STOPPED by for a Late Lunch at CLAN JETTIES! 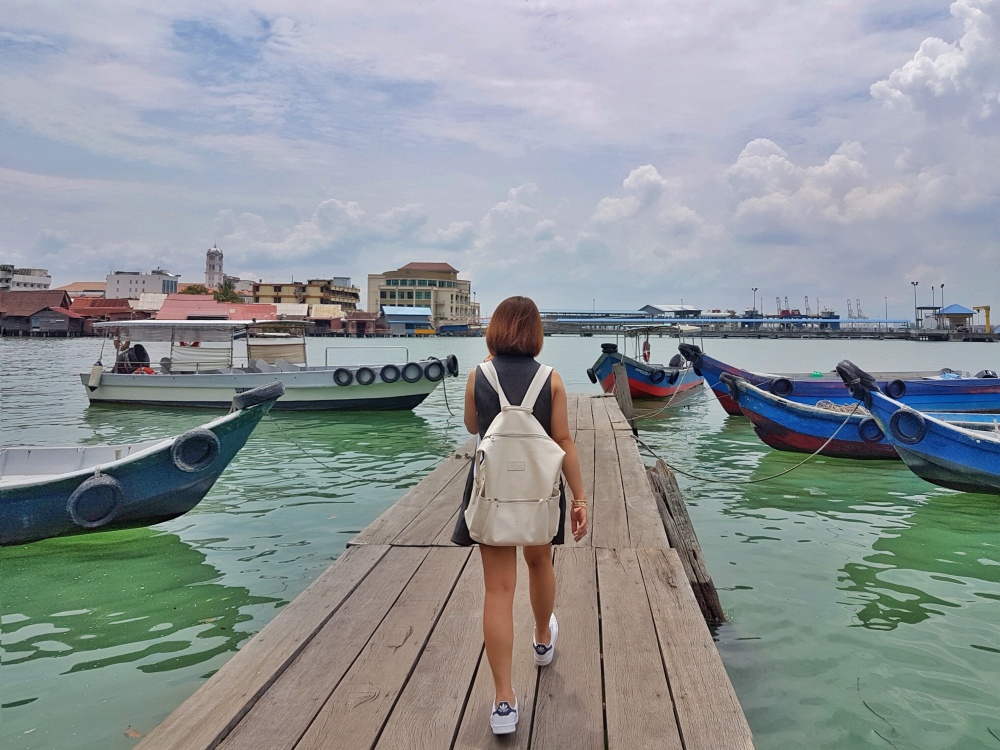 Oh! This GIANT bowl of RAMEN! haha. This actually is for 4-6 persons. Careful when you order or else you might be like me. haha 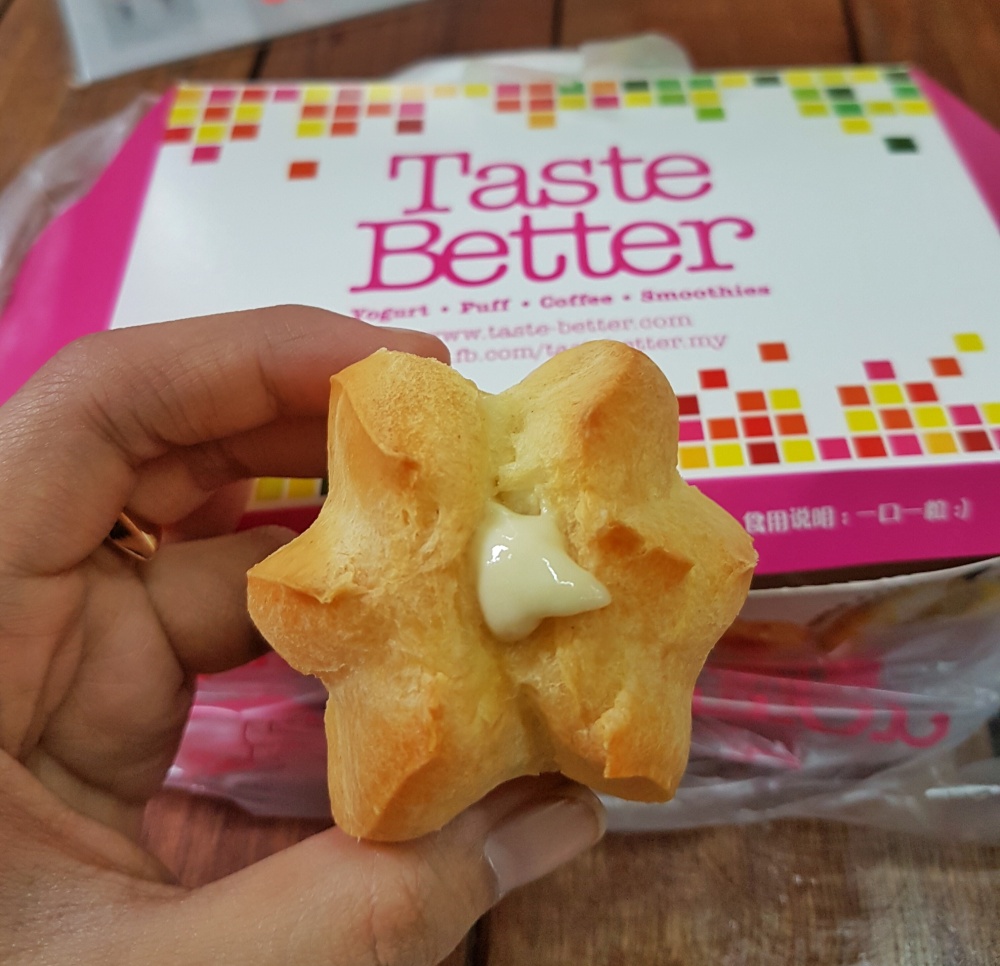 A cold durian puff bought from other stall. They’re not strict if you bring outside food. Try this only if you can take durian if not, better don’t! lol. It’s actually addictive! :p

RECHARGED! YAy!
And so to continue… Past 1 pm, we went to explore George town from CLAN Jetties. We took the tri-shaw ride roughly for an hour to have a squint of the famous street art in Georgetown  click to read separate post for the famous murals.

To cap it off is the combination of a trip up Bukit Bendera Penang Hill (click to read separate post) and a visit to Kek Lok Si Temple which is said to be the largest Buddhist temple in Malaysia. 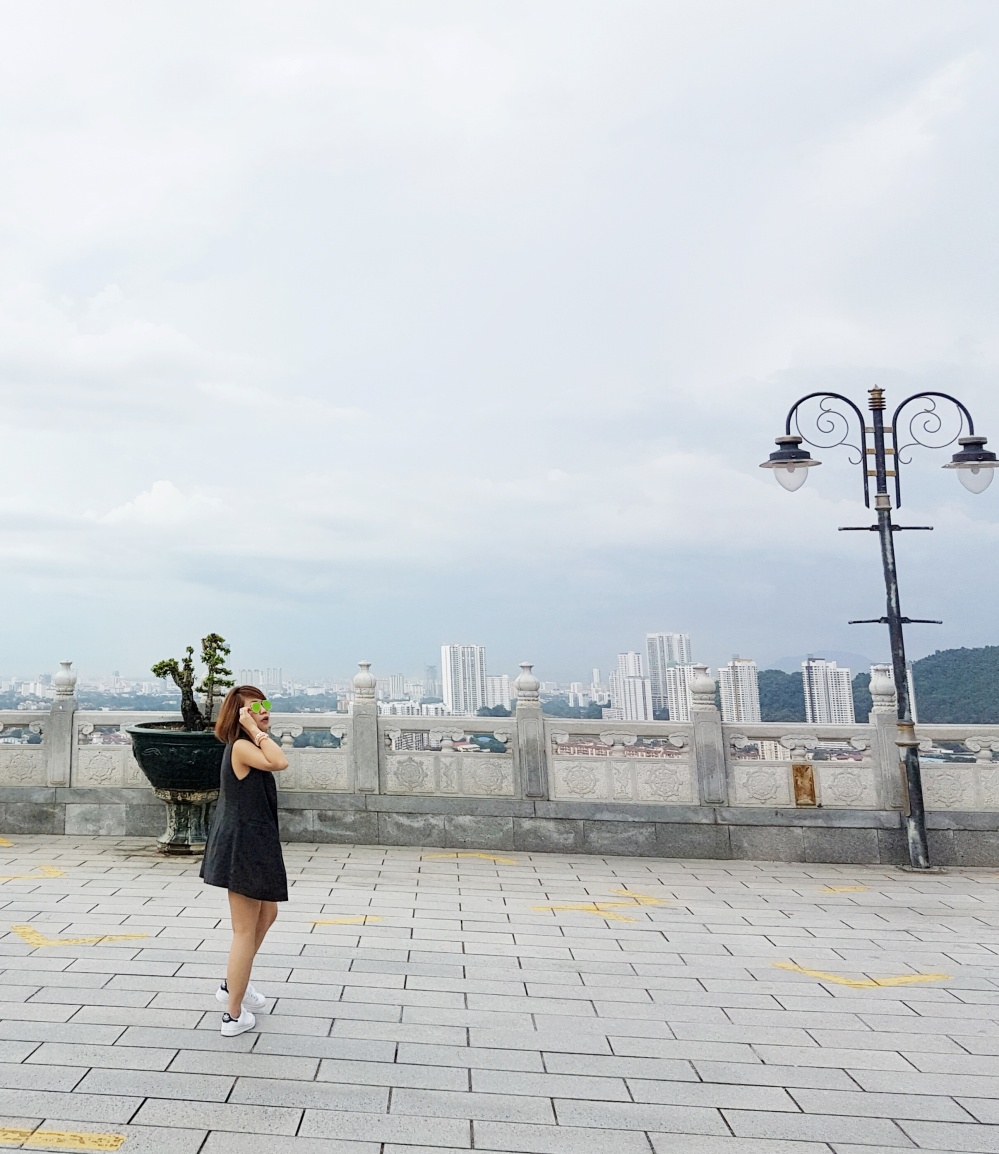 Make sure to be there not later than 5 pm. As it closes after 5 pm but outside grounds though is still open. And as what Helen told me, having a private transpo all the way up to the temple is the most convenient way since you no longer need to take the steep flight of stairs which will take you about 2 hours (Depends on your pace though). It was a breeze for us and before we knew it, we were there in less than 15 mins time. But of-course, having a feel of the hike up the temple is also a different experience. 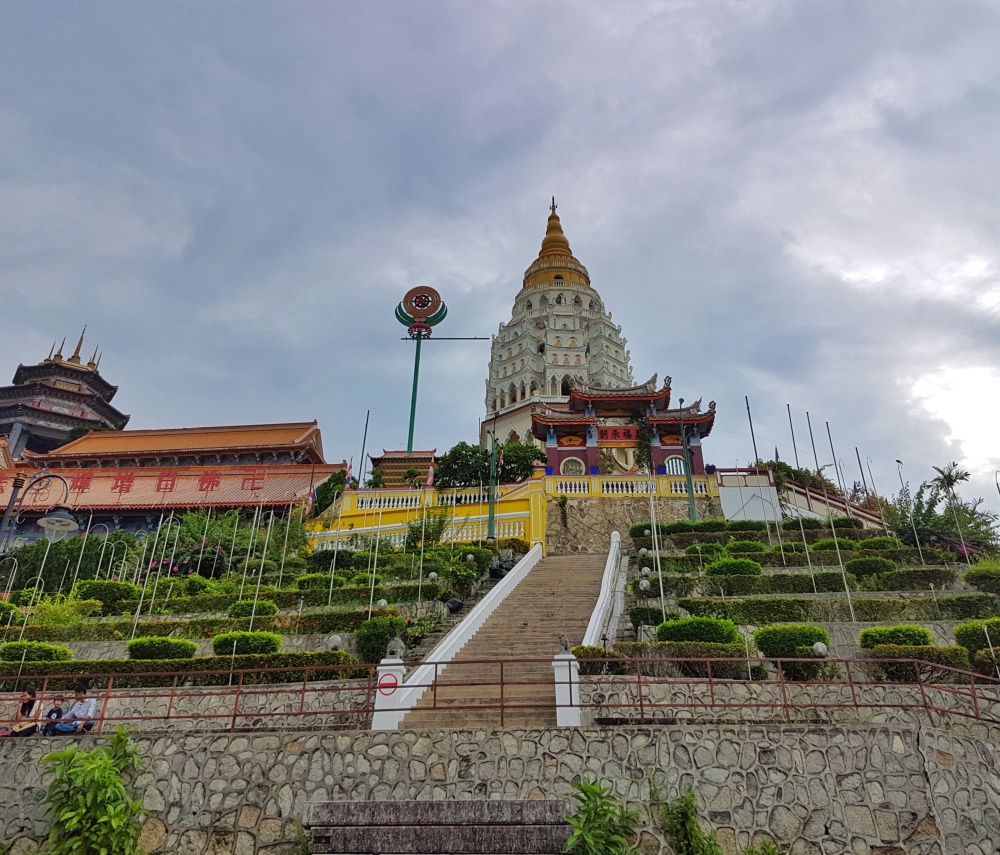 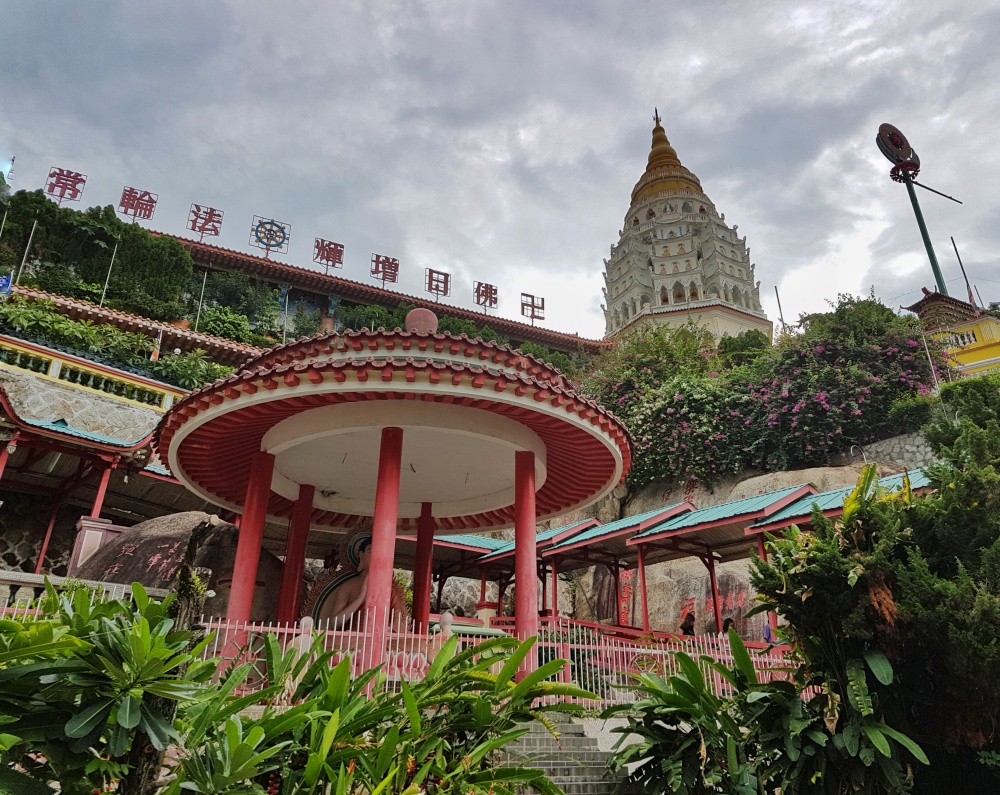 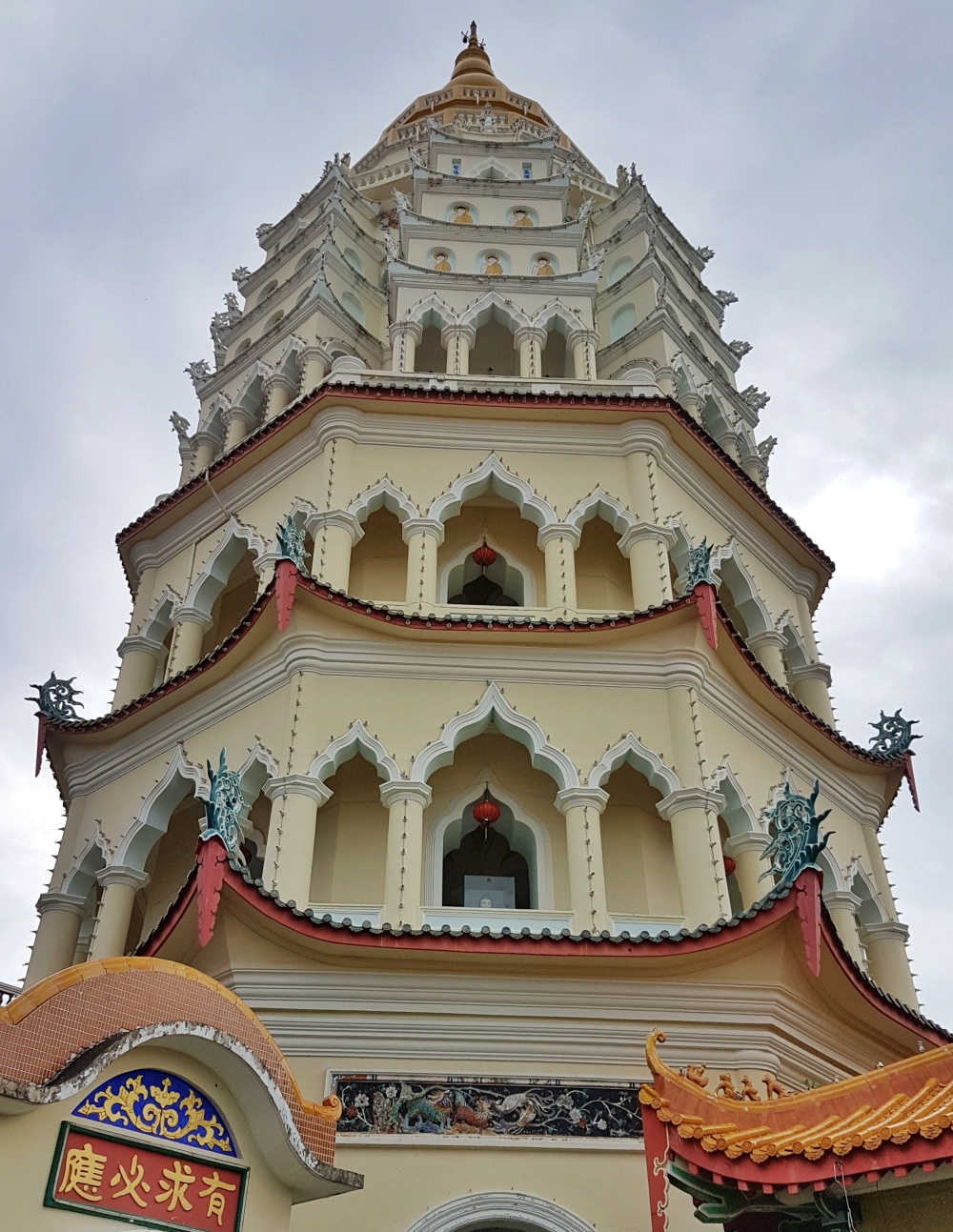 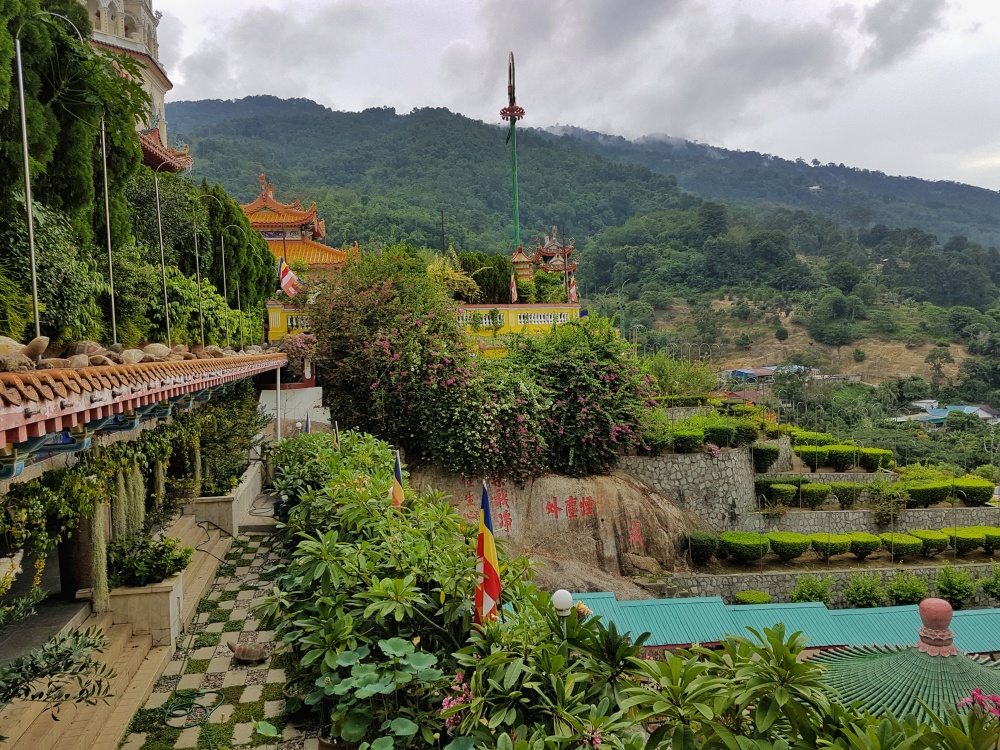 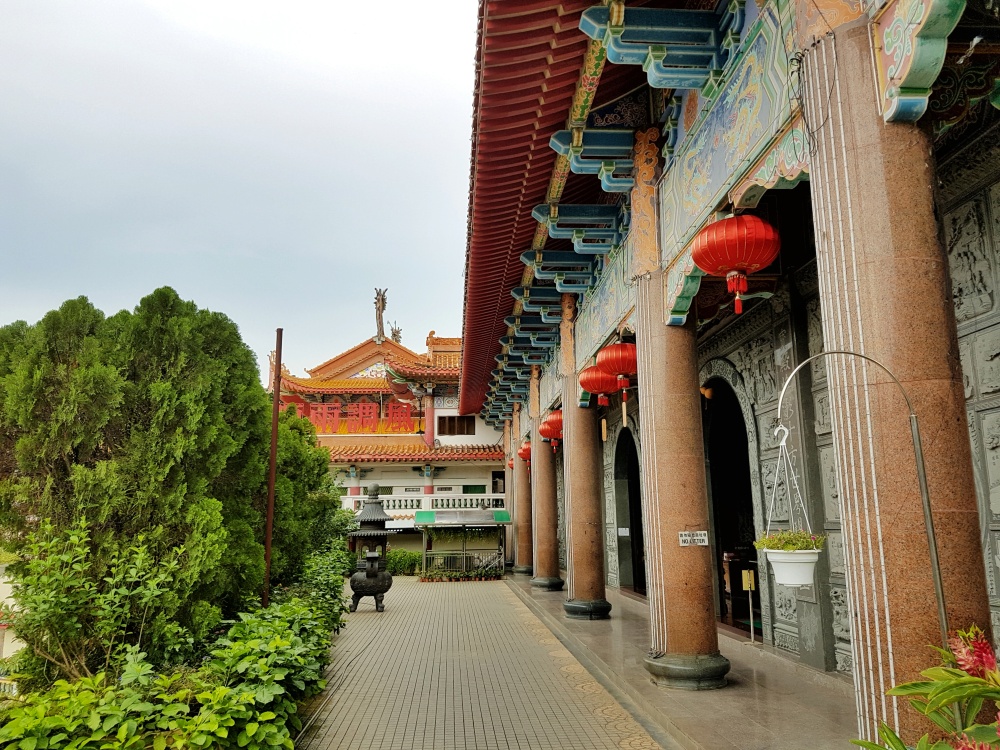 Back at hotel around 6 pm. Had an hour of rest and refreshment and went straight to Batu Ferangi, a suburb of George Town famous for its beaches, it is actually one of the prime tourist destinations on Penang Island. 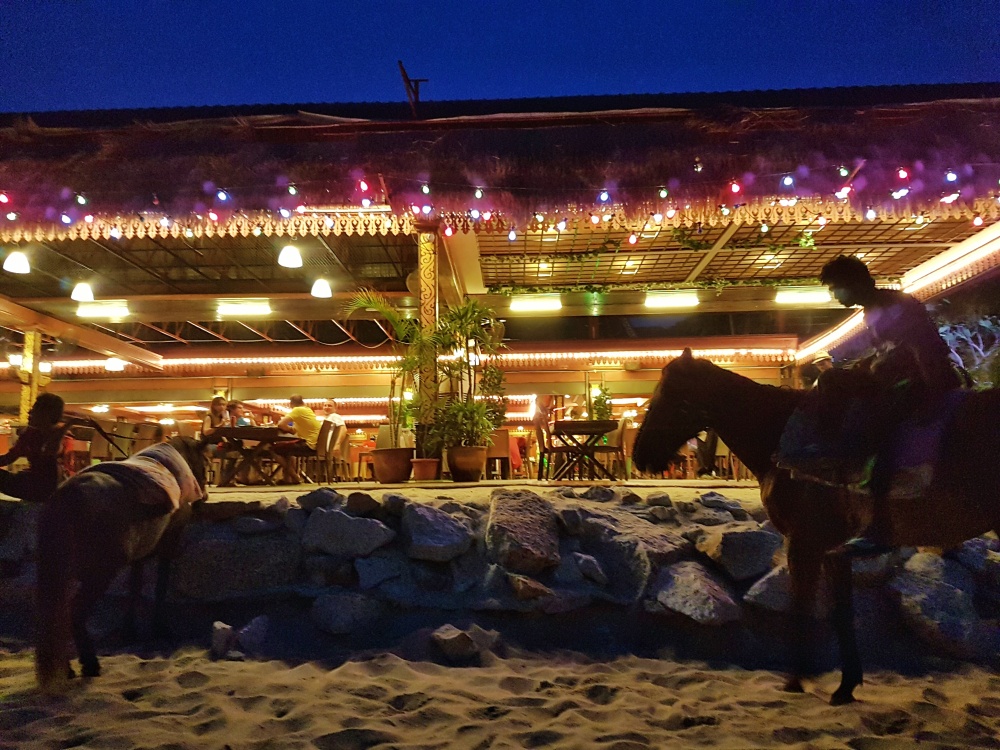 Always my favorite part in travelling is, trying the local dishes. Hurray! 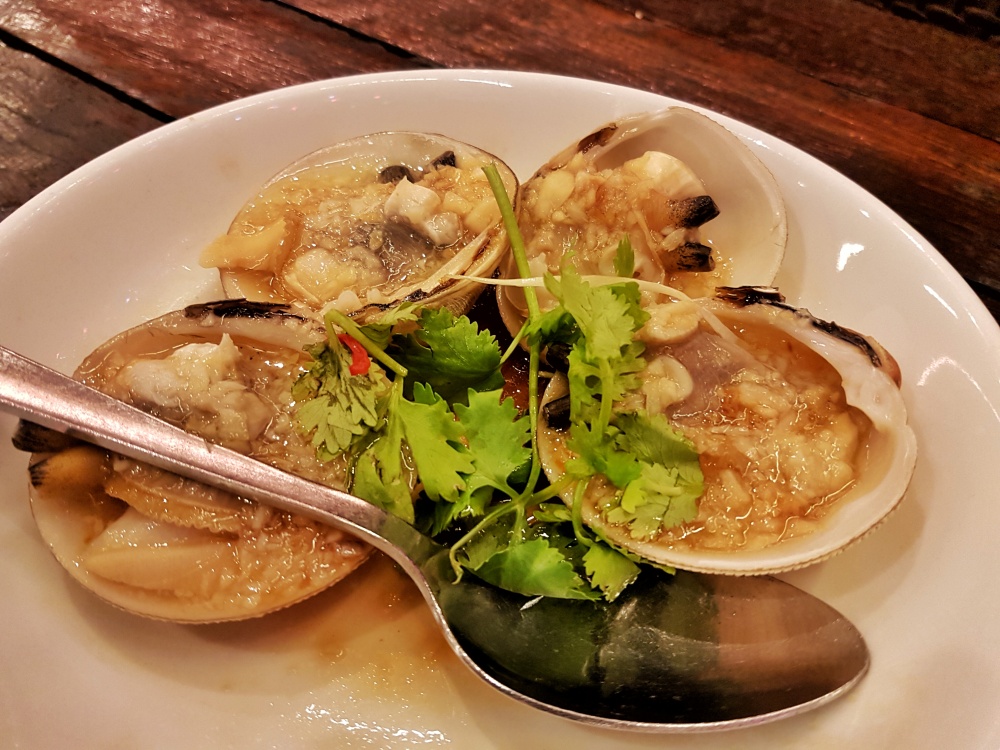 Penang is a city that deserves far more time than one day, I know. But seeing as that one day was certainly so memorable and fun. I now have every hope of going back and spending a little longer with a combination of Langkawi tour next time.

2 Replies to “How to spend a day trip in Penang?”